Certification, The Orthopod, Award of Fellow, and Honorary Membership

In order to know about the American Osteopathic Board of Orthopedic Surgery (AOBOS), it is necessary to know the background of the American College of Osteopathic Surgeons (ACOS), The ACOS was incorporated on January 26, 1927 by a group of osteopathic surgeons that included Drs, George M. Laughlin, Johu Deason, S.D, Zaph, O,G, Weed, FR Bigsby, A.c. Hardy, Orel F, Martin, and Harry Collins, As an early indication ofthe interest in orthopedic surgery by this group of surgeons, there were orthopedic topics included in the 1929 annual clinical meeting held in Kansas City, Missouri, These topics were “Arthroplasty of Hip and Elbow” and “Reduction of Fractures Under Local Anesthesia.”

During the next several years, the teaching of orthopedic surgery was only accomplished by observing general surgeons doing what limited procedures were available at that time, The training was often done on a part-time basis as the trainees were usually conducting a general practice while observing the surgeries that were available.

In 1939, the ACOS approved the formation of the AOBS, which was officially formed in 1940 with the approval of the American Osteopathic Association (AOA), The AOA has always been the parent organization of the ACOS and remains so to this day, The AOBS was given the mandate to qualify and certify the training in general surgery, urology, orthopedics, and anesthesiology, Among the 11 members of the first AOBS was one orthopedic surgeon, Dr, William W Jenney of Los Angeles, California, Also included among the first AOBS members was Dr, George M, Laughlin, a general surgeon from Kirksville, Missouri, who was known to do many orthopedic procedures in the 1930s.

As noted elsewhere in this book, the American Osteopathic Academy of Orthopedics (AOAO) was founded in 1941. In 1942, the ACOS annual meeting was included into the Annual Clinical Assembly of Osteopathic Specialists.

In 1946, the ACOS andAOA established residency program standards, In just two years, there were 19 hospitals with training programs. In 1950, with the direction of the AOA, the ACOS established a Registry of Training Programs. From this time on, until 1979, the testing and certification of orthopedic surgeons were conducted by the AOBS, with the tests being administered by previously certified orthopedic surgeons. The AOA granted the certifications following the recommendations of the AOBS.

James M. Eaton, D,O” chairman of the AOBS and an orthopedic surgeon, prepared in 1955 the “Basic Requirements of an Approved Residency Including the Surgical Specialties.” This document then served as a guideline for the development of other surgical specialties. The AOA approved this document in 1956.

Certification in orthopedic surgery initially evolved from the American College of Osteopathic Surgeons Whereby there was orthopedic representation on that board that directed and guided the certification process for orthopedic surgery beginning in 1966. Some of the rules and requirements are noted in the initial form from that 1966 booklet for comparison.

The American Osteopathic Board of Orthopedic Surgery was established in 1979.
Chapter 6: Certification, The Orthopod, Fellowship, and Honorary Membership

The purpose of the certification examination is to provide the public with a dependable mechanism to identify physicians who have met a standard to assure excellence in the field of orthopedic surgery. 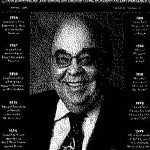 The first Orthopod was published as an official communications instrument for the AOAO in 1959, The first editor was J. Paul Leonard, D.O” followed by Richard Borman, D.O.” and Robert Ho, D.O. They were then followed by co-editors James Laughlin, D.O., and David W. Smith, D,O., in 1976, and then Daniel Morrison, D,O., who became editor of The Orthopod for the next several years.

At this point, it is appropriate to give recognition to a photographer who helped document the AOAO’s history with pictures frequently published in The Orthopod–Chuck Gnaegy, who was the photographer for the ACOS and AOAO for many years.

For a brief time, The Orthopod was augmented by a publication called The Journal of the American Osteopathic Academy of Orthopedics (JAOAO), which was first published in 1982. However, after about four issues were published under the editorship of Dr. Morrison, the JAOAO was discontinued due to the lack of overall submissions. A companion piece to The Orthopod-the AOAO Newsletter-was created in 2001, with Arnold Melnick D.O.” serving as executive editor. In 2007, it was decided to merge the content of the AOAO Newsletter with The Orthopod and launch a revamped, full-color version ofthe magazine, with Scott Colton acting as both editor and graphic designer. Since 1999, Colton has served as director of medical communications at Nova Southeastern University College of Osteopathic Medicine in Fort Lauderdale, Florida. The Orthopod is now published three times a year in March, July, and November.

The Award of Fellow 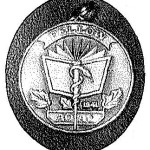 In 1976, the American Osteopathic Academy of Orthopedics began to honor longstanding and senior members of the organization for special achievement. At a meeting held in New Orleans, Louisiana, a Fellow medal was proposed and designed for the academy by the wife of the then president of the AOAO-Wesley R Slater, D.O. Wendy Slater was a fine artist who created the prototype for the medal, which the board had agreed would be a sterling silver accolade that would be presented at an annual meeting each year upon recommendations of the board.

It was agreed that the medallion would incorporate a graphic illustration of “the mythological god of medicine. Aesculapius, carrying a knotty wooden staff entwined with a single snake representing life-giving powers.” It was also agreed there would be three oak leaves growing from the foundation of the AOAO representing the ideals of the academy: integrity, ability, and dedication. The symbolic book represents the knowledge, while the pages of the book
stand for the torch of life. The year 1941 was to be incorporated into the medallion to commemorate the year of the AOAO’s origin.

With this information in hand, Wendy had no difficulty in putting together an award
that honors this kind of achievement in our academy.
The following inaugural class of Fellows was presented with the fellowship medallions
during the 1976 fall convention: 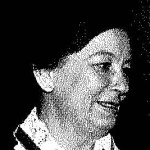 As the years progressed, the Award of Fellow has been bestowed upon many of the outstanding trainers, mentors, and earlier orthopedic surgeons who paved the way for future generations of orthopedic surgeons. The Award of Fellow is now presented on a regular basis for meritorious accomplishments and service to the academy, profession, and mankind.
Interestingly, bylaws in the beginning provided for fellowship recognition for outstanding AOAO members. However, there is no record of any such awards being granted before 1976.

Honorary Membership in the AOAO

Honorary membership in the AOAO was extended to many medical orthopedists/neurosurgeons who supported the academy academically in the early days. It was difficult to procure superior speakers who were authorities in their respected fields to speak and present at the instructional course lecture series held annually at the midyear educational session.

The AOA required that 50 percent of the speakers of any educational meeting for which continuing medical education credits were being obtained had to possess an osteopathic background. The other 50 percent could be M.D.s in any specialty appropriately contributing to the theme of that program. The academy was able to attract many authoritative speakers in orthopedics and neurosurgery for programs in the future. Honorary membership was
frequently offered and accepted by many of these guest speakers.

Honorary members shall have made a considerable contribution to the osteopathic profession over a period of not less than 10 years. They must have spent considerable time and energy in their field (e.g., physician, attorney) supporting osteopathic orthopedic surgery and be well recognized in their area of specialty by their peers. In addition, they must have written two articles or given at least two lectures at AOAO events. The articles must have been published in an AOA journal or The Orthopod or published in a national journal concerning osteopathic medicine (or coauthored by a D.O.).

Following are the AOAO honorary members:

Keith R. Pitchford, DO
Dr. Pitchford is a graduate of the Chicago College of Osteopathic Medicine where he completed his internship and residency. He obtained his fellowship at the University of Illinois with Dr. Bernard Cahill in sports medicine. Fifteen years ago, he started his own sports medicine practice and has had the pleasure of covering several high school teams as well as a professional sports team. He and his wife Shelley are the proud parents of Adare and Garron.

Joseph Rosenblatt, DO
Dr. Rosenblatt was born in Staten Island, New York in 1979, and raised in central New Jersey by a single mother who is legally blind. He graduated from Christian Brothers Academy High School in 1997. Dr. Rosenblatt received his B.A. in Biology from Rutgers College in 2001. He graduated from PCOM in 2005. He completed his orthopedic surgical internship and residency at PCOM in 2010. He completed a fellowship in pediatric orthopedics at St. Christopher’s – Shriners Hospital for Children 2010-2011. He stayed on as staff at St. Christopher’s Hospital for Children after the
completion of his fellowship training. Dr. Rosenblatt specializes in pediatric lower extremity deformities and trauma.

Alan H. Snider, DO
Dr. Snider was born in York Harbor, Maine, and raised in Clearwater, Florida. His undergraduate degree is from Bethany College, West Virginia. He graduated from WVSOM in 1981, and completed his internship at DFW Hospital in Grand Prairie, Texas in 1982. He completed his orthopedic residency at Metropolitan Hospital Grand Rapids, Michigan in 1986. Dr. Snider began his solo private practice in Tecumseh, Michigan in a 55 bed hospital with no prior orthopedics department.

He has provided general orthopedics to that rural community since. Dr. Snider is currently serving as chief of staff for two hospitals and serves on several hospital boards. He has been happily married for 28 years to his wonderful wife Rebecca, an Osteopathic Neurologist. They have two fantastic children: Adam, an officer in the U.S. Navy, and Emily, a senior at DePaul University in Chicago. 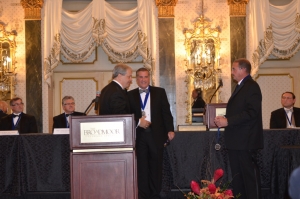 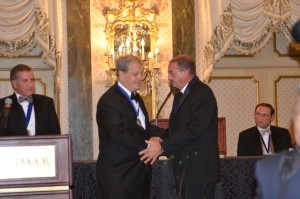 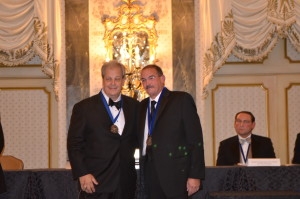